Paul is a retired mathematics educator from
Minnesota. He lives in east-central Minnesota
near the town of Isanti with his wife, Becky, and 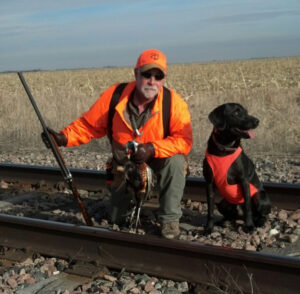 their two dogs, Ti and Cash.
Paul has had Labrador Retrievers for the past 43
years, but until 10 years ago had never
developed a finished retriever. He first joined
the Four Points Retriever Club in 2011, and took
his dog, Ti, to NAHRA GMHR and MUR titles. Ti
has one NAHRA Invitational pass and over 500
NAHRA points. Ti has also earned HRCH and UH
titles from HRC, and an AKC MH title as well. His
3-year-old dog, Cash, has already earned his
NAHRA MHR, as well as his AKC MH and is QA2.

Paul spent 5 years as the test secretary for FPRC.  He secretaried over 20 FPRC hunt tests (regular tests as well as upland tests), two NAHRA Regional Events, and the 2016 NAHRA Invitational. He has judged NAHRA events for the past 4 years. Paul has been involved in representing NAHRA and FPRC at activities including Fetch-A-Cure at Game Fair, the NAHRA/Kinetic Dog Food booth at Pheasant Fest, the FPRC Representative to the GMHTA (Greater Minnesota Hunt Test Association), the Minnesota Governor’s Pheasant Hunting Opener, and many other outreach activities. 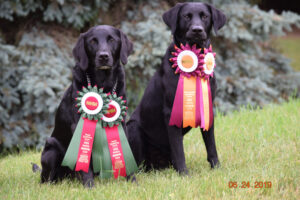